February 21, 2022: Follow the dramatic game Khon Kaen United The referee gave away two penalties to the home side but failed to score.

Yesterday’s interesting match against fifth-placed Muangthong United in the first half, Zhong May had two penalties but missed both but in the 30th minute Muang Thong was left with 10 men when Lucas Rocha was shown a red card.

Before the 35th minute, Khon Kaen took the lead through Romulo Cabral’s repeated pass, but in the 50th minute City struck by a slip from Henry Anier’s shot, but at the end of the 83rd minute Romulo. His second goal was a 2-1 victory for Khon Kaen with 31 points at nine, and Muang Thong’s 34 points were sixth.

The other match at Suphanburi Provincial Central Stadium, 13th-placed Suphanburi FC, opens against fourth-placed Chonburi FC. With four minutes left, the Sharks left 10 men, and goalkeeper Chanin Sae-ia was shown a red card for his hands outside the penalty area.

Suphan then scored twice from Danilo Alves in the 57th minute before Rushnath. Aranyapairoj added a second goal in the 77th minute, however, with five minutes to go, Chonburi scored after Danilo Alves scored an own goal, but after that there were no more goals, ending Suphanburi’s 2-1 win, kicking 22 games with 25 points, at 13 sides, Chonburi losing three league games in a row. 35 points in fifth place 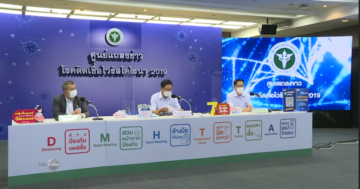 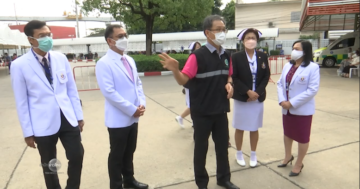 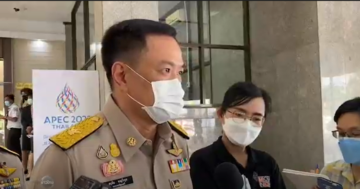