TNA on-air March 25, 2020 : International Olympic President or IOC with Japanese Prime Minister Confirmed postponement of the 2020 Olympic Games to next year After not being able to stand the pressure from around the world,

Thomas Bach The chairman of the International Olympic Committee (IOC) confirmed that the postponement of the 2020 Olympic Games from July 24 to August 9 was postponed a year after a teleconference with Shinzo. Abe The Prime Minister of Japan, the 2020 Olympic Games Organizing Committee and the IOC Committee due to pressure and calls from Olympic member states around the world to postpone the games due to the covid-19 pandemic.

Although the IOC and Japan have previously confirmed the scheduled games, and as recently as Monday, the IOC announced that it would convene a decision on the future of the Tokyo Games. Over the next four weeks, a one-year postponement will damage Japan's preparations over the past seven years, especially with a budget that has thrown in more than $10 billion. The first choice for the tournament is expected to be from July 23 to August 8 next year.

The people of Japan expressed regret and regret that the 2020 Olympic Games had to be postponed for a year and hoped japan would be helped by postponing the games.

Japanese citizens in Tokyo expressed their feelings after the IOC announced the postponement of the 2020 Tokyo Games by 25-year-old company employee Taishi Nomura, who said he was shocked by news of the announcement of the postponement of the Olympic Games. He has two tickets to the tournament and hopes to attend the first and semi-final football games, which I still don't know if he can return them or use them next year.

Ayaka Osuki, a 28-year-old office worker, said she was worried about Japan's economy and regretted the athletes who had worked hard for years, but the competition had to be postponed.

Keishi Aoki, a 60-year-old manufacturing industry office worker who first enjoyed the Olympic Games atmosphere that Japan first hosted in 1964 while aged just four, said that a one-year postponement would burden Japan to invest a lot in the Olympic Games. And hopefully there will be a good choice for his country.

Tokyo Games may be postponed for 2021. 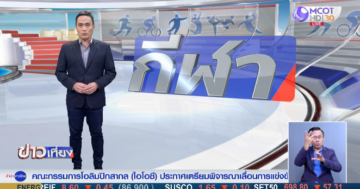