Bangkok, Thailand – September 6, 2021 : Protesters heaping more pressure on Prime Minister Prayut Chan-o-cha to step down were back in the heart of Bangkok with a “car mob” convoy driving three rounds from Ratchaprasong to Asoke intersections in conjunction with a rally at latter point, Those who joined the protest convoy led by red shirt movement leader Mr. Nattawut Saikua loudly honked their horns during the three rounds of protest drive.

In conjunction to this is the rally at Asoke intersection led by Mr. Sombat Boonngam-anon, who heads the Sombat Tour group, and an assessment will be made later on how holding two parallel protest events pan out.

Farewell to the position of John William Vogt

Greeting William R. Kinter, Ambassador of the United States of America to Thailand. 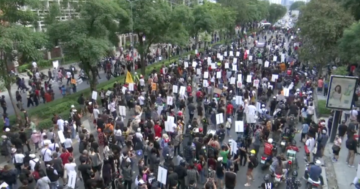 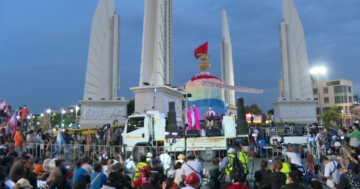 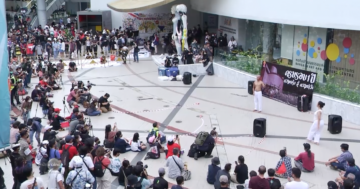 The rally at Bangkok Art and Culture Centre